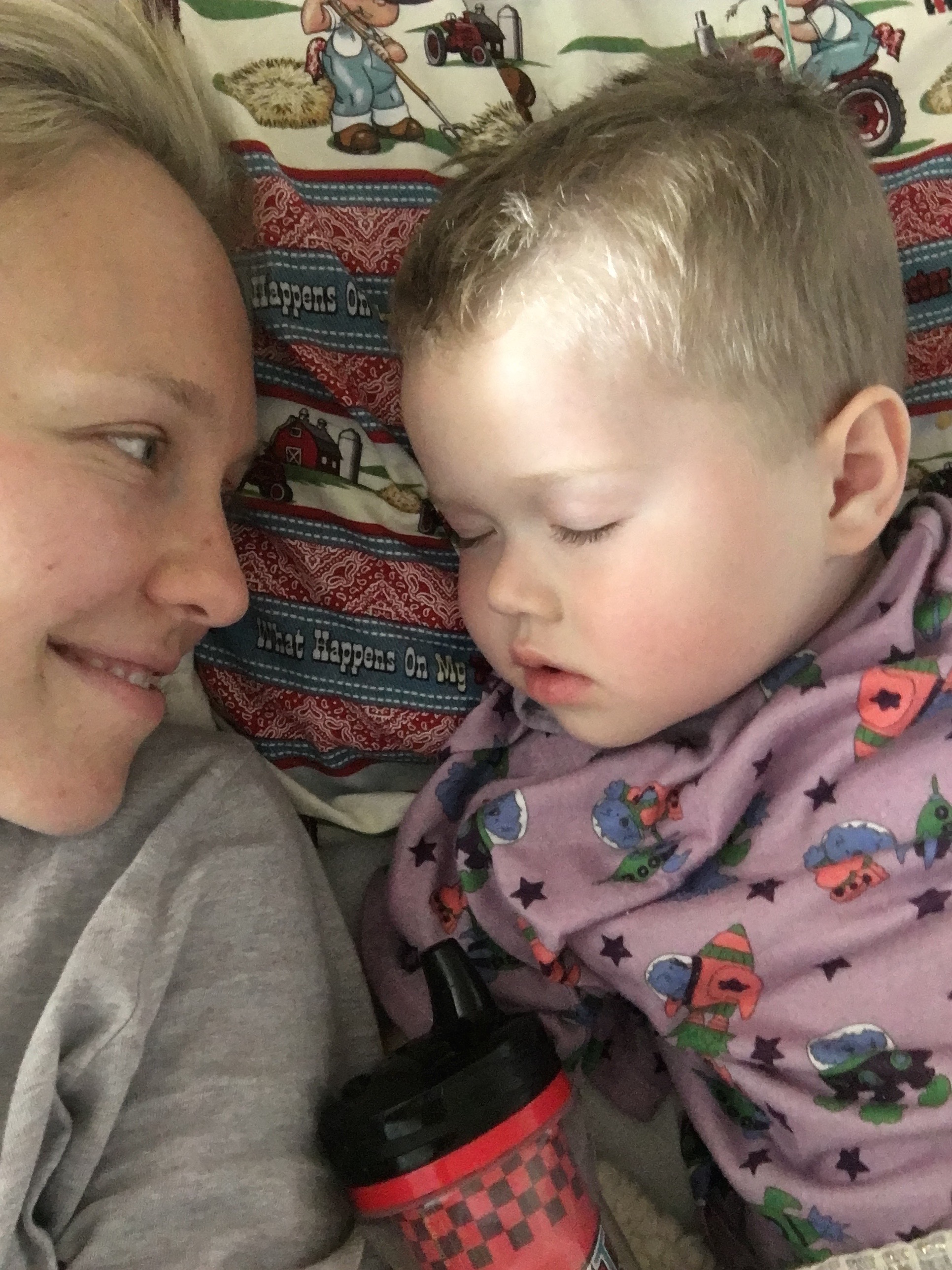 Well, it’s Monday. Nothing new to report on Mac. He’s doing ok. He’s tired and sometimes irritable probably for many good reasons but also because of the steroids he’s taking. The steroids are to reduce swelling. They are also making him really hungry! He could eat a whole bag of turkey pepperoni in one sitting. He likes to ride in the wagon and go to the playroom where he insists on playing with every toy for less than 30 seconds. He gets upset when anyone walks through the door! I appreciate that he tells people “you don’t touch me” or “no you don’t look at my foot”. I wish he didn’t feel so powerless. It’s hard to reason with a 3 year old. (as if I didn’t know that before). But his attitude shows that he’s a fighter. I like that too.
I know I’ve said this before but this time, these brain tumors, they don’t feel anything like last time. One of the biggest differences is that last time, I knew from the day of his diagnosis that he was going to make it through. I think I’ve been waiting for that same reassuring feeling this time and it hasn’t come. I find it easy to cry. To think, will these be the last couple days that he walks? Or can eat normally? Will he remember us after surgery? I don’t feel prepared for what he might be like after surgery. Even just the thought of them taking part of his skull off and cutting through his brain, to try to take out a tumor just baffles me.
One night as I was lying with Mac with tears rolling down my face, I texted Jeremy who was only 12 feet away on the couch. My mind was wandering to a hundred sad places and all I could text him was, I don’t want him to die. It’s all I could say to describe how I felt. It’s just the truth. I can’t fathom that right now. I don’t want to. Even though my mind goes there often I quickly try to turn to faith. Mostly because it’s too painful to think about that. My mind knows that I shouldn’t have fear and maybe I hate to admit that I do. But it’s a process. I know that Mac is being watched over and I do believe in miracles. I’m so grateful to be surrounded by all of the wonderful people of Team Mac. I’m grateful for my testimony that I’m really having to lean on right now. Please pray for Mac and pray for Wednesday. Surgery is scheduled for 9:15am and it will last 6-8 hours. Then it will be another up to 12 hours for him to come to from the anesthesia. So don’t hold your breath for a Wednesday update because it may be a Thursday update.
Here we go