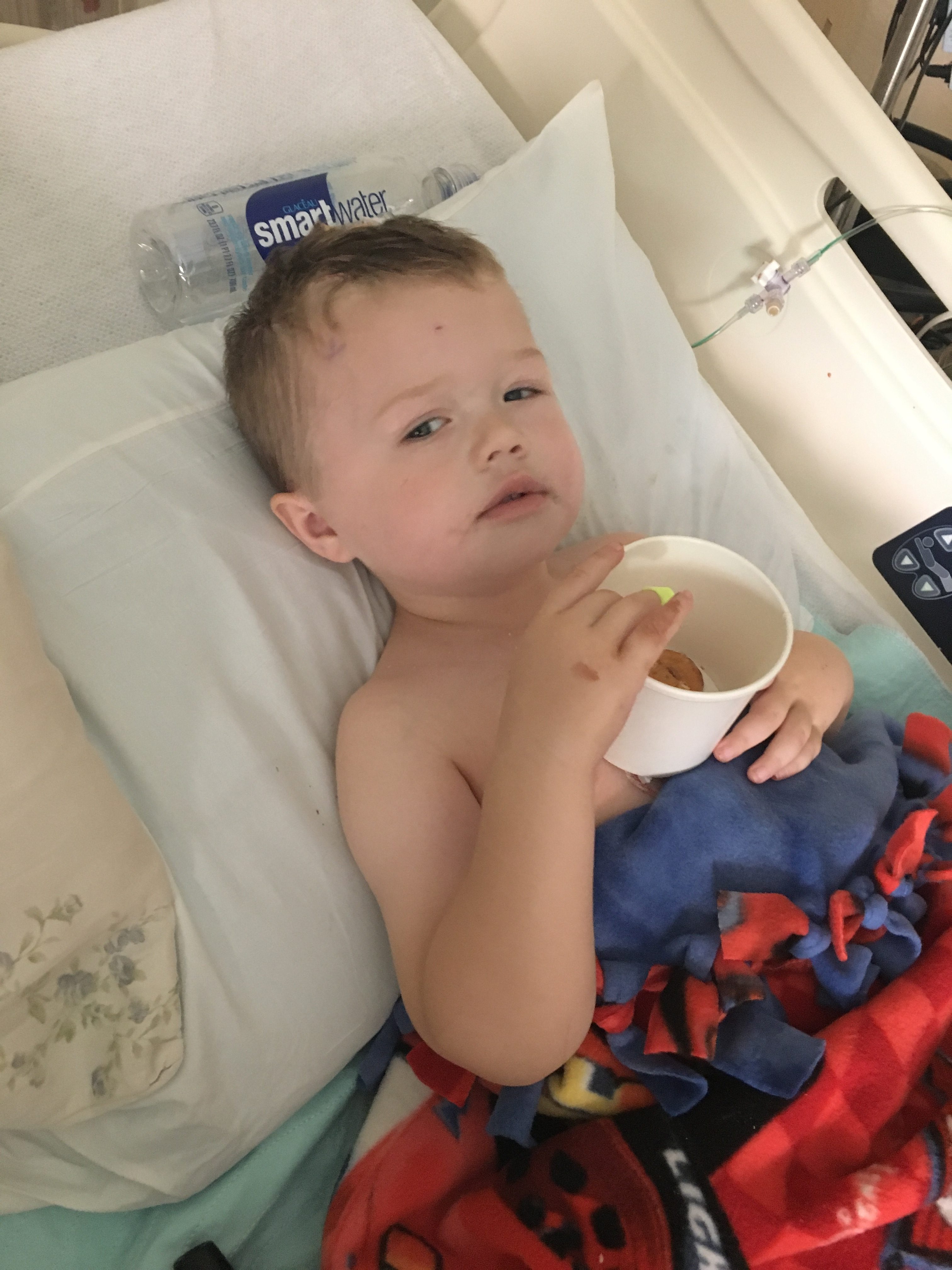 Well it’s been another few days. I wish I had something to report but truthfully we’re just waiting. Waiting for Mac to recover. This isn’t what I was expecting. I’m just waiting for him to start to trending up. There have been short moments of a little bit of interaction but for the most part he’s just felt like crap. He’s nauseous and threw up a few times. We are trying to manage his symptoms without causing more of them.
I remember back to when Mac went to the PICU for the first time as a baby with his AML. I looked at him laying helpless in that crib and wondered if he would ever be Mac again. I think Jeremy and I are in that stage just waiting for Mac to be himself again. The best part of my day was getting a text from Jeremy saying that Mac joked with him saying, “Hey where did my nugget go? Oh yeah I ate it” 🙂 That’s was the best he’s been thus far. He’s been complaining of eye pain. We’re not sure what that’s about. His steroids have been tapering off so hopefully that will help his mood too.
It was great to see the MRI. I love when Dr O’Neill comes around. It’s fascinating to talk with him and totally bizarre that he’s stared into Mac’s brain. He saw the tumor. That’s crazy. He said he probably got 90% of it! The CT didn’t show any lesions on his trunk. Originally the time frame of a week between surgeries was thrown around but I can’t imagine that Mac would be ready for that. Physical therapy has come by the last couple days just waiting for Mac to feel well enough to interact. No news on the pathology of the tumor but just like last time, that takes a while. Today he had a cap change on his port which is a sterile procedure and it brought back so many memories of dressing changes, cap changes and everything to do with his broviac. Sometimes the nurses say, oh good job with giving those meds or oh you know how to silence the machine. Oh yes. Yes I do. I’ll keep you posted. Keep praying for Mac and for his recovery. Thank you for being on Team Mac