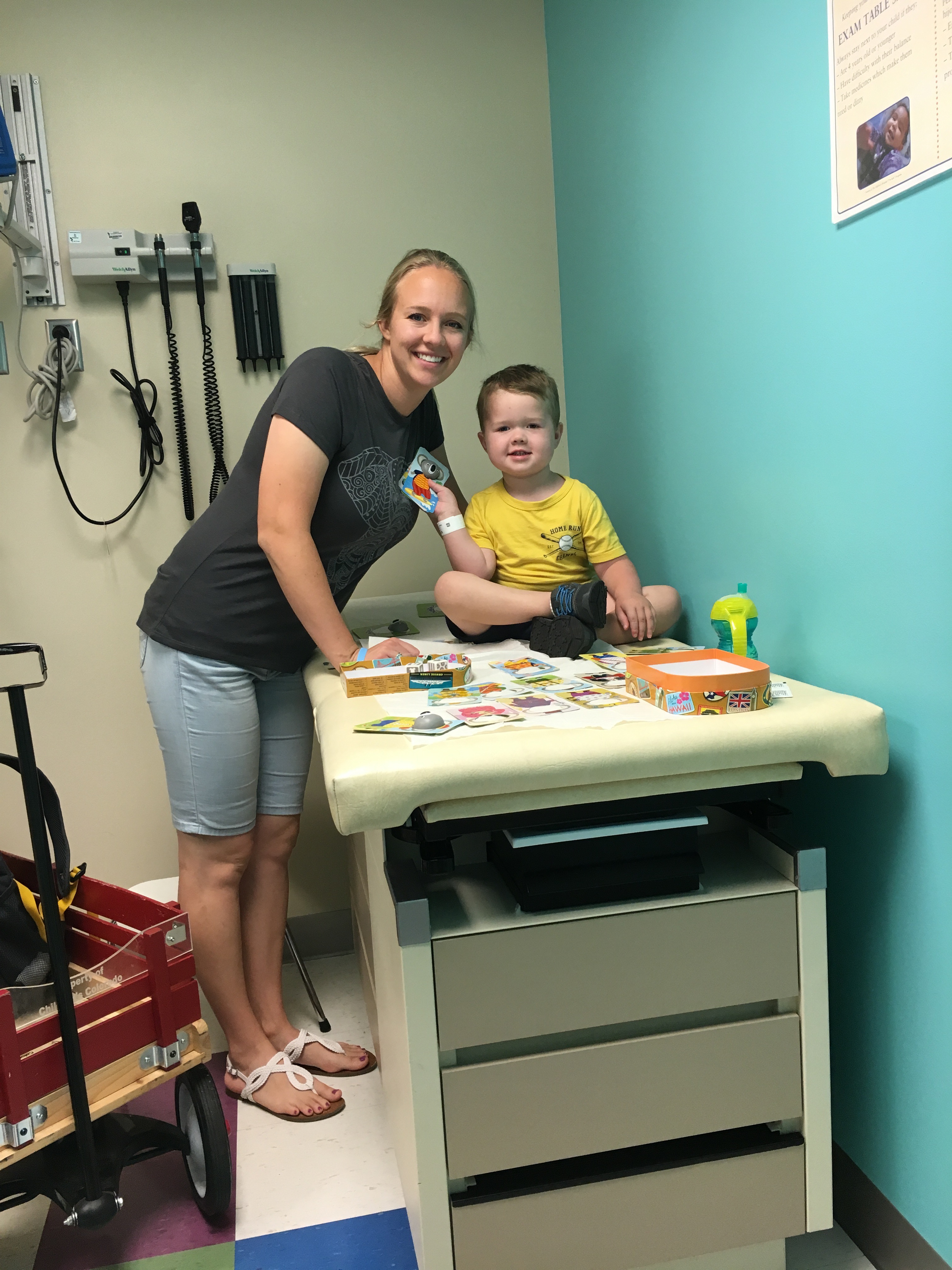 So let’s see. I haven’t updated sooner because we didn’t have a lot of new information. In fact, after our appointment last Tuesday, we decided to go back to Utah because it would still be a week before Mac started treatment. We had such a great time being in our house! The first morning we were there, Mac came down the stairs and said, “Mom! I have so many toys!” 🙂 We got to spend some great time with Jeremy’s parents. We went up to their cabin in pine valley and just enjoyed being together. 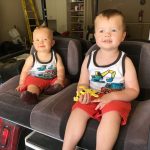 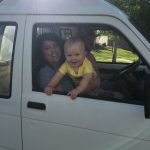 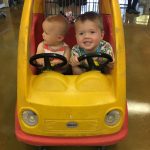 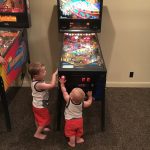 Mac looking so cute for church! He’s so sweet. I didn’t even have to ask for this kiss! 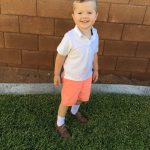 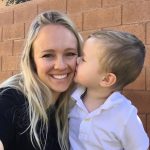 It was good for me to go back to the house too. It’s so weird that when we left, we were just going to Kansas for my sister’s graduation. No one was sick, we had no idea Mac had cancer. This whole situation is so strange because we know that Children’s is the best place for his care and treatment, but our home, our brand new house we’ve only lived in for 3 months, is in another state. It’s all so bizarre.
We were driving back to Colorado on Monday and I got a phone call saying that Mac would start chemotherapy in the morning. I hung up the phone and just cried. You just wish you could take it all away for your kids. I don’t want Mac to suffer. This is a pretty crazy life thus far for him. Then I think to myself, Heavenly Father must love Mac so much. He must have so much faith in Mac. I try to look at Mac that way. If he’s been given these trials, he’s strong enough for them and I guess I am too.
Our appointment was at 8am so we had to wake him early to get through traffic and still be on time. As we arrived and Mac could see the hospital, he said, “Mac not go there, NO!”. We parked the car and he asked for a wagon. His memory is incredible. Even when we were inside he asked for all of the food he used to order. “I need pizza, chocolate muffin and chocolate milk”. haha He even started to cry and said I need see Bo. We explained that we were going home later that day and he would see Bo.
Mac is struggling with being anxious, social situations and controlling his emotions. They say that it’s from doing a month long stay at the hospital with 3 brain surgeries and all that went along with that and also has to do with where the tumors were located in his brain. We met with a psychologist at the hospital and she was able to give us some good tips to help him and us cope. He’s just the sweetest boy. It’s still hard to believe he’s going through cancer for a second time at age 3. It’s been such a different experience this time.
So back to Tuesday, accessing his port was the most stressful part for him. This time, instead of a broviac that is always accessed and has parts that hang out of his chest, he has a port that is under the skin. It carries less risk of infection but also has to be accessed each time with a large needle. They gave him some anti-nausea medicine and the chemo itself was short. So he will do that on Tuesday’s at the hospital. He will do 3 weeks on, then 1 week off. He will do 13 cycles of that. So that comes out to a year. Wow a year seems like a long time. We are encouraged that he seemed to feel pretty well afterwards. I talked to Dr Green the neuro-oncologist yesterday and the genetic results are back from the tumor. Those results determine what other chemo he will get. So the tumor was BRAF positive. They have a targeted medicine for that. We will talk about the details next Tuesday but that chemo is probably going to be taken by mouth, daily. I’m not sure for what duration. The side effects of all these medicines, vary from person to person so I think we’ll just have to wait and see how it goes. 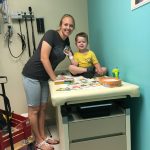 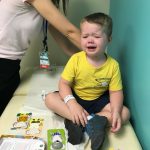 We have so many details of living arrangements, jobs, insurance, bills, etc to figure out. That’s another reason it’s been a while for this update. Between taking care of my kiddos and all the phone calls I have to make to deal with all this stuff, I feel like I don’t get two seconds. Mac is our first priority and we are trying to rearrange everything to make sure he is taken care of along with little Bo.
Thank you so much for caring and for reaching out. Team Mac strong!