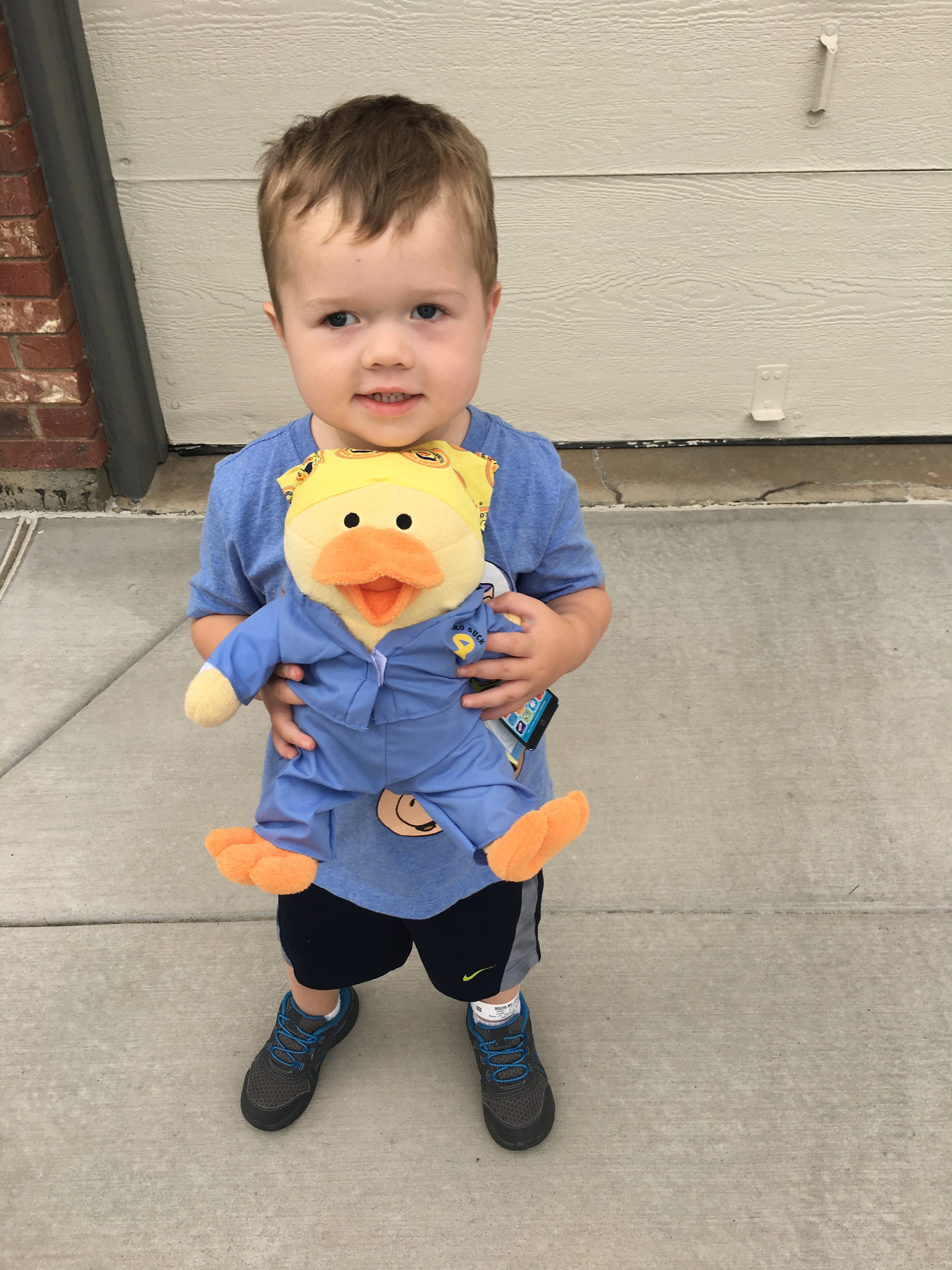 I can’t believe it says my last post was on June 30th! I tell you. The days feel so long sometimes. So I’ll take you back through the last few weeks. July 1st was my step-sister Mollie’s wedding. Mac was supposed to be the ring bearer and we weren’t even sure how things would be with him so we were so happy to be there. Mac and Bo rode in the “wedding wagon” and we pulled them down the aisle. It was beautiful and such a fun time. They looked so cute in their bowties my friend made for all 3 of my boys! 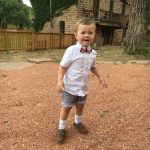 Next was the 4th of July which was fun. Mac had a lot more interest this year and even held a sparkler! 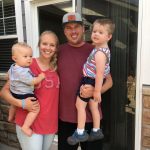 Then just a couple days ago it was Bo’s 1st birthday! We let Mac pick the theme for Bo. He was walking around the party store saying, “hmmm what would Bo like?” He’s so sweet. So we decided on mickey mouse clubhouse. Mac helped order the cake and picked out his own gift to give him. Bo’s the best. He’s so close to walking and I’m excited. He’s so heavy to carry around! I think Bo gets some credit for this crazy situation too. He’s lived in 3 different houses, and was away from mom and dad for a month. Sometimes he has to sit in his highchair crying when Jeremy and I are cutting up chemo and can’t help him. He’s a really good sport and him and Mac are good for each other. Love you sweet Bo! 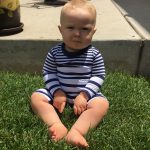 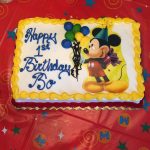 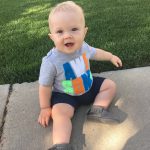 The rest of our lives kind of revolves around twice daily chemo and trips to the hospital. We’ve started a little routine of getting to the hospital 30 minutes early so he has time to get a wagon, eat a chocolate muffin and drink a chocolate milk in the cafeteria. It’s really helps him to do something expected each time. They gave him a chemo duck that has also helped. He has a port too. We practice at home and talk about what happens when we access the port to do chemo. 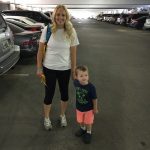 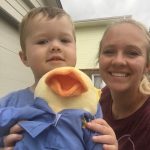 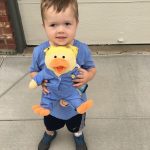 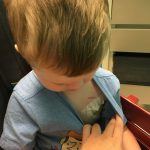 He started the new oral chemo a week ago. I was on the phone with the pharmacy for so long. It’s a specialty pharmacy in Oregon because only a few pharmacies carry this chemo. One of the biggest side effects is sun sensitivity. He walked to and from a restaurant for lunch yesterday and sat in the car and somehow his face is fried. Oh I feel so bad. I think I’m going to have to start the day with a SPF moisturizer all over and put sunscreen over that if he has to be out. He’s also had some nerve pain in his legs and feet. Especially at night he’ll ask for us to rub his back, legs and feet. It can also cause eye problems so he’ll start regular eye exams. He also had to get his first of regular EKGs to check his heart. I’m not sure if he’s going to lose his hair or not. They say that everyones side effects vary. We had a follow up with the neuro-surgeon to check his head. Here is a picture of how some of his head looks. He has 4 different incisions. This is just part of one of them. 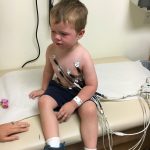 So back to my conversation with the pharmacy, it took forever as they were saying DO NOT crush this pill. I tried to explain that I have a THREE year old. He doesn’t know how to swallow pills. Let alone pills larger than my vitamins. They called Dr Green and the final consensus was Children’s saying just to crush it and the pharmacy saying not to. Ok well then give me a viable option! So every morning and night, we suit up with a mask, and thick gloves just to cut up the pills. As it burns my eyes just to cut it in an enclosed space, I cringe and cry at the thought of making Mac eat the whole pill over and over again. We tried it in liquid and that was a fail. Then for 3 doses we snuck it into gummy worms and donuts. It was kind of relief because there wasn’t a battle but I felt terrible. I saw him gag on a gummy worm and I wanted to cry. I have cried multiple times over this crazy drug. Then he figured it out and is super suspicious of eating. I’ll ask him what he wants to eat and he’ll say, nuffing. Nuffing mom! So now we’ve had to sit him down and explain that every morning and every night he has to take his chemo pill. I give him a few options like, do you want it in a cookie or a pop-tart. It sucks. 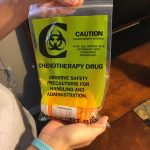 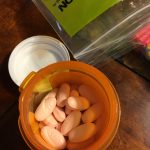 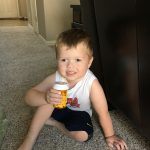 This is a lot for a little three year old. It’s crazy to me how much is being expected of him. We really can’t force that chemo down his throat. We tried it in a syringe once this week and he spit it everywhere. I could see the little chunks all over his face and it scared me. We immediately took him to the shower. He really does have to consent to it and that is asking a lot. Not to mention his anti-nausea meds and pain meds. I’m really proud of him. My new mantra with him is, “this is hard, but you can do it.” I make him say it every day. “This is hard, but I can do it.”