Living in the groove of abnormal 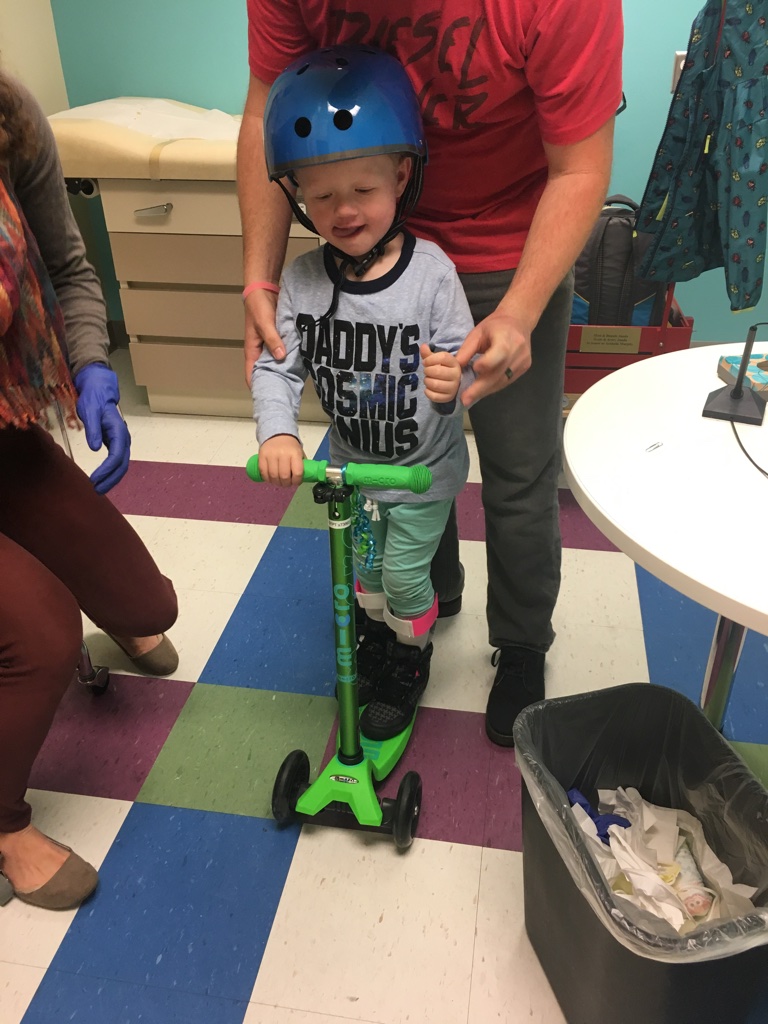 This battle with brain cancer has been so different than Mac’s AML. His leukemia treatment was all done IN the hospital. Like we lived there, ate there, slept there, and for months. This time it’s outpatient. So he goes to the clinic for port chemo and we administer his oral chemo at home. It’s strange to try to meld his cancer life, with a normal life. People are constantly confused about where we live, what’s new with Mac, etc. The truth is that it’s a fairly predictable, abnormal. Weekly trips to the hospital to get chemo and therapy, and monthly trips to Utah to be in our house and for Jeremy to work. I find that there are noteworthy things that happen but it’s my instinct to THINK about them and not TALK about them. Unlike Jeremy, I don’t leave the hospital and call my parents. I don’t even really call my friends. And it’s not because I don’t want to talk about it because I do. It’s because I feel like I’m processing so much information. When we went through his leukemia, it was just the three of us (no Bo yet) and our life was the hospital. Looking back, I got to process all of my thoughts and feelings. Now, it’s like all this information and results come and I feel like I’m trying to juggle so much and Bo and everything else that I sometimes don’t get to sort it all out. Hopefully this update will help you and me work through that 🙂

So back in November 2016 they talked to us about doing exome sequencing on Mac. Basically, they had already done a lot of genetic testing for genes associated with hereditary brain tumors or cancers and it all came back normal. This exome sequencing was the last, most detailed, expensive, testing they could do to look for a genetic explanation. The hospital was willing to do this at their expense because of the interest and rarity of the situation. They tested me, Jeremy and Mac as a trio. Like I explained in a previous post, we had to sign a lot of papers because when they dive this deep into your genetics, they can find things they weren’t looking for.
Before the genetic counselor started, we were waiting for Jeremy and I said, you can start and she said um I think we should just wait for Jeremy to come. I knew that meant there was something. So if I can try to summarize the findings it would be this. There were no novel genetic etiologies. So that means they didn’t discover anything that will change how they treat him clinically. No genetic problems that are known to be the cause of his multiple, separate, cancers as a 3 year old. They did however find a gene mutation that may or may not be related. There isn’t enough information yet. It’s classified as “uncertain”. He is heterozygous for the alteration in the CBL gene. When she told us to wait for Jeremy I just had a feeling the finding would be passed from me and it was. So I have an alteration in my CBL gene as well. That means that Bo and any future kids have a 50% chance of having it too. Like I said before, as of right now, there isn’t enough research to say whether or not it is the cause or related to Mac’s cancers. It is however the only alteration they found so at this point it’s either that or random luck as they call it. CBL acts as a tumor suppressor gene and alterations in CBL have been associated with JMML (a different type of leukemia) and Noonan syndrome which they aren’t certain but don’t believe Mac has. So we talked about if this changes anything. It doesn’t change how they treat him clinically. They will continue to monitor him very closely even if he does go into remission for his brain cancer. She talked with us about future implications of having more kids and Bo. We just have to live a much more heightened life in terms of recognizing symptoms in our kids, especially Mac. There just isn’t enough research but these results will be put out to the medical community and having this data on Mac is great for future research.

So before I get to his most recent appointment which was last Tuesday, I’ll give you some back story. No matter what, he takes his chemo pill morning and night in his pop-tart. He ALSO gets an additional chemo through his port. That’s what we go to the hospital to do. Back in July when he started all his chemotherapies, they were giving his port chemo at full strength. He did this for months and it finally proved to be too much for his little body to handle. His doctor backed it down to 50% dose for a while and has been increasing it little by little. So a couple weeks ago he got an 80% dose and it was the first time since the 100% doses that you could really tell a difference in him. He gets leg pain even with his meds and most notable was that he was gagging and on the verge of throwing up. He didn’t have his Mac spunk. It’s so scary when he’s like that. It makes you realize all that’s going on and how bad it sucks. I feel like it’s the outward sign that things are really difficult inside. So when we went in for chemo last Tuesday we told them how he had been. I expected them to back it to 70% but instead, they suggested that he skip his port chemo for the week. I wasn’t sure if I should be excited or insist that they do it. They explained that these symptoms were his body’s way of telling us that the toxicity is building up and he can’t take another dose. Then she said that they don’t have a very good success rate with this chemo anyways and that they don’t know how much it’s helping so they don’t want to cause more problems than it’s worth. Wait what? Not a good success rate? I felt like I was on the verge of tears for most of this discussion. They just don’t have enough research. Because Mac’s tumor is so rare using these two chemo together is something new. I have a lot of faith in these doctors and there is literally no where else I would want him treated but man, it’s tough to hear that. It’s even harder to process that. I just have to accept that there isn’t always an answer. It just is what it is. I guess that’s why I don’t rush to the phone to give updates. I don’t know what to say.

Everyone just wants to hear that Mac’s great and that it’s all going to be good. Sorry, that’s just not reality. It’s not doom and gloom, it just is what it is. Sometimes it’s not good news, and it’s not bad news. I know it can be difficult to talk to people about the trials they are facing. We all want answers, we all want a definitive good or bad. It’s natural to feel that way. I can’t speak for everyone but here’s how I feel. The question/statement I most often get is, “so like, he’s going to be ok though right?” What am I supposed to say? The answer is, I don’t know. I know you see him running around and laughing, but what you don’t see is the months and years that his little body has had chemotherapy drugs. We don’t know the long term side effects of all that he’s done, or if he’ll get to see what those long-term effects are. I feel a pressure to have answers for people. And good answers.

Here’s my advice: Be with people in the moment. Accept that it might not be good and it might not be bad. Don’t ignore it just because it’s tough. Acknowledge what they are facing right now. You don’t have to tell them it’s all going to be ok. Just be present with them. Live it with them. Feel it with them even when those feelings are ones of uncertainty.

Mac has an MRI on Tuesday. Those are always long days. He is under anesthesia for the MRI then we’ll go up to the oncology floor to hear the results from the doctor and we’ll see what they say about chemo this week. Thank you for your prayers. We love TEAM MAC! I’m getting new shirts designed so stay tuned for that! I’m so excited! Also, there will be a fundraising event for Mac in St George, UT in April. I’m sooo grateful this is being put together. If you want to donate for the silent auction or be involved, there is a Facebook group you can join.  Just search Team Mac Event or text me. I really hope if you live in that area you’ll come! 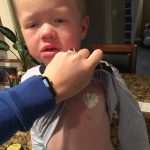 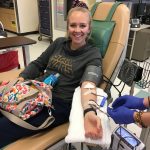 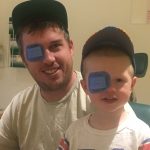