A lot has changed in the last 7 weeks 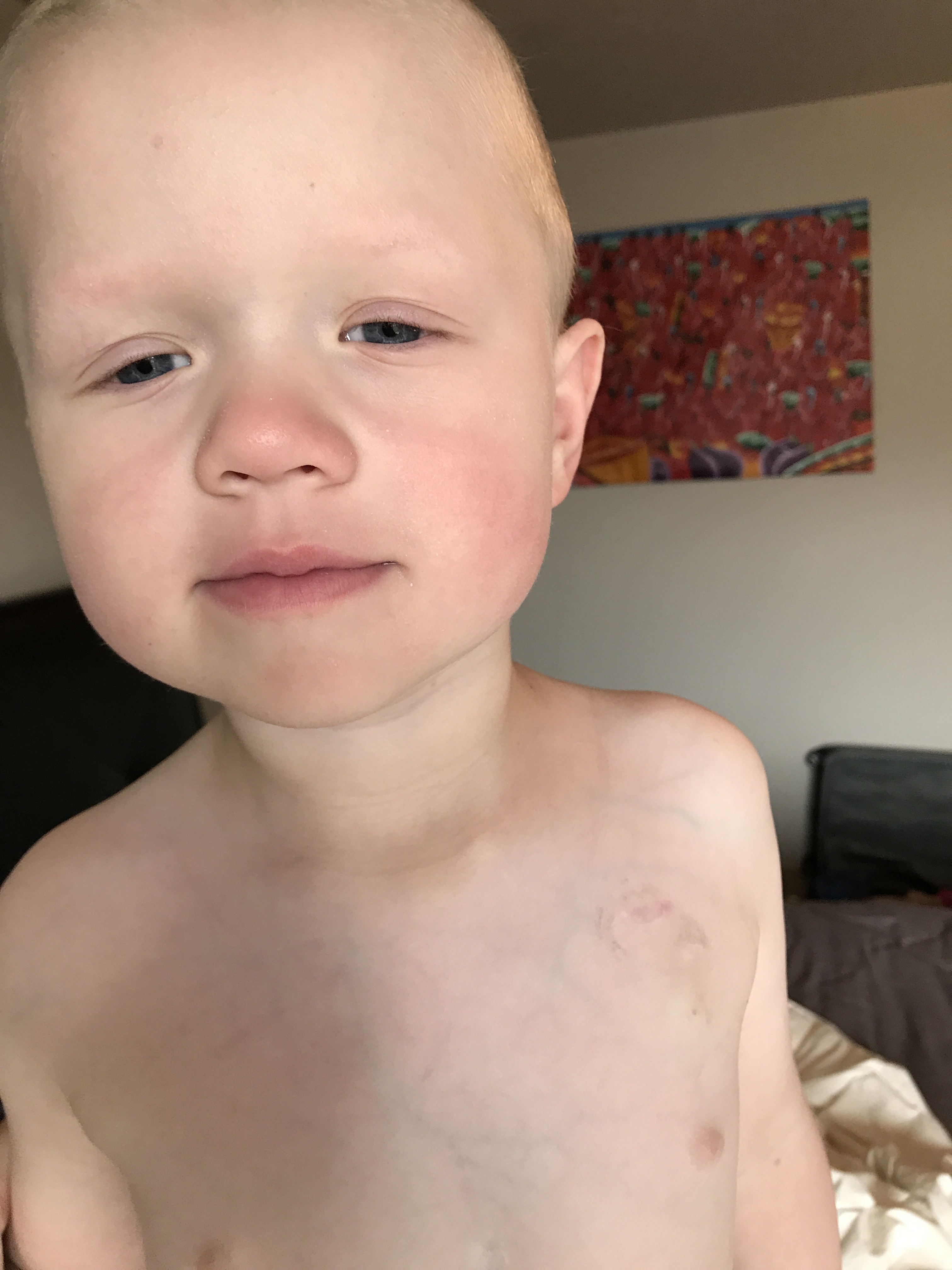 Last time I wrote about Mac he was going in for his MRI in March. That day they did a 70% dose of his port chemo and at first glance, the MRI looked fine. Later that day as we were boarding a plane to come to UT, Dr. Green called and said that the final read on the MRI was that there was slight growth. Growth in the middle of chemo is no good. We spent the next week at home with a lot of fear. I kept looking at the printed picture of his brain and was devastated to think that tumor was growing. By the end of that week Mac was feeling pretty terrible all around and we actually changed our flight to get to CO sooner. This going back and forth business is TOUGH. Once we got back to CO we met back up with Dr. Green and the team decided that Mac needs to be off of the vinblastine-his port chemo. It was making him too sick and the risks of continuing it weren’t worth it. The NP Jenny had told us the week before that she felt like his body was just done with it. I guess she was right. It was a weird and scary feeling taking him off of a chemo but Dr. Green explained that if the tumor is growing, it’s not effective anymore so there’s no benefit of being on it especially if it’s making him so sick.

So with a read of slight tumor growth and now stopping his port chemo (but continuing his oral chemo), his hospital schedule changed a bit. I cancelled a few of his therapy appointments and we stayed in UT for a bit longer the next time. It’s always nice to be at our house until the moment Mac has any type of issue and then you wished you were a 10 min drive from Children’s. It feels helpless at home sometimes. We got so scared at our house because he had crazy swelling around his eyes and he just looked exhausted. We went on a helicopter ride for our birthdays and if you watch that video on fb it’s a really good visual of how I think he feels. Like he’s excited on the inside but is too exhausted to show it. Can you imagine how an adult would handle this? It’s so different when he can’t communicate how he’s feeling. It’s easier to forget how much his body is going through. So  it was another trip home that ended with calls to Childrens and us leaving earlier than expected to go back to CO for his next MRI. We took him in about his eyes and they gave him a prescription for allergy eye drops. I think it helped. The vemurafanib- the oral chemo is very new in treating brain tumors in children so there is always the possibility of him having unknown side effects from that. We also talked with Dr. Green about getting him off of as many additional meds as possible. All medications have side effects and when you’re on so many, it’s difficult to tell what’s from what. The first one we weaned him off of was his nerve pain med because it was causing mood issues and he didn’t feel like himself. Next we weaned him off his regular pain med. He hasn’t complained of pain yet so hopefully it was the port chemo causing so many problems and that will be gone now. We don’t give him very much zofran even though it’s typically very safe, it combined with his chemo pill can cause heart problems so we get nervous.

Then it was time for the next MRI 6 weeks from the last one. They were contemplating eye surgery but in light of the new eye symptoms she opted to do an exam on his eyes while he was under anesthesia and hold off on surgery. His eyes bother him a lot like light sensitivity and dryness. I think it’s a side effect of the chemo.

Thankfully the most recent MRI didn’t show any new growth. But as we talked with Dr Green afterwards, he said that he thinks we are going to want to continue Mac’s oral chemo longer than we thought. Originally the plan was to go for a year and then to take him off and see what happens. 1 year would be the very end of June. So what did he mean by longer? His words were “months”. He said that he would talk with the team and call me the next day to tell me their opinions. So this was just last Thursday. We were driving from CO to UT for the Team Mac event and Dr Green called. My expectation was that they were going to say anywhere from an extra 2-6 months on the oral chemo. He explained that he met with the team and that the recommendations ranged from 2 YEARS to INDEFINITELY. My jaw literally dropped. Yes he just said that Mac might be on chemo for the rest of his life. He told me that there aren’t any studies or research on Mac’s tumor or situation to base their decisions off of. Because his tumor has a genetic property of a stage 4 tumor, they are worried that if they take him off the chemo and have to restart it, that it won’t be effective. How can someone take chemo their whole life? How many years will we get out of “Mac’s whole life”?  Mostly I was just speechless. I still am.

It was such an amazing blessing to have the Team Mac online store and the Team Mac event last week. It did my heart a lot of good. I wish I had more answers. I find myself saying “I don’t know” a lot. I just hate the thought of him being on chemo for the rest of his life. This is a much longer battle than I imagined it would be. I am just so grateful I am for everyone who bought Team Mac gear and for Xtreme Graphix for making it possible. You’re probably going to see me wearing something Team Mac most days because it helps me get through. I’m also so grateful for the incredibly special event with the bake sale, silent auction and dancing Kalamity. It was incredible and it couldn’t have been better timing. It’s expensive traveling back and forth for treatment all the time and now thinking about the cost of a lifetime of chemo is overwhelming. THANK YOU to everyone for all your incredible efforts to lift up Team Mac. We had a ton of people asking about more shirts so we re-opened the shop! Take advantage! I’d love to see you sporting your Team Mac gear.

So what’s next? We’re back to CO today because Mac has SURGERY on Monday to get his port out. They won’t need it for chemo so the risk of infection from keeping it in isn’t worth it.  We’ll be at the south campus in Highlands Ranch for that. I remember going to get his broviac out almost 3 years ago. I just never could have imagined all that was to come. Thank you for supporting us in the seemingly very long battle. We love you Team Mac. 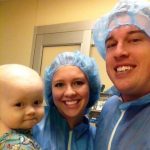 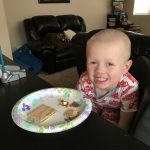 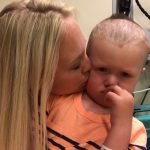 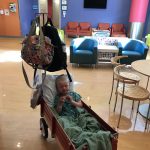 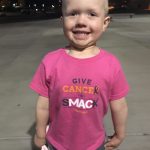 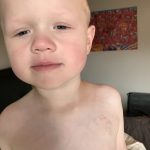 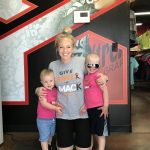 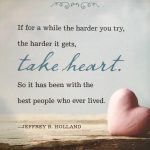 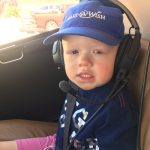 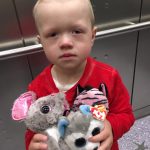