I’m in awe of this sweet boy 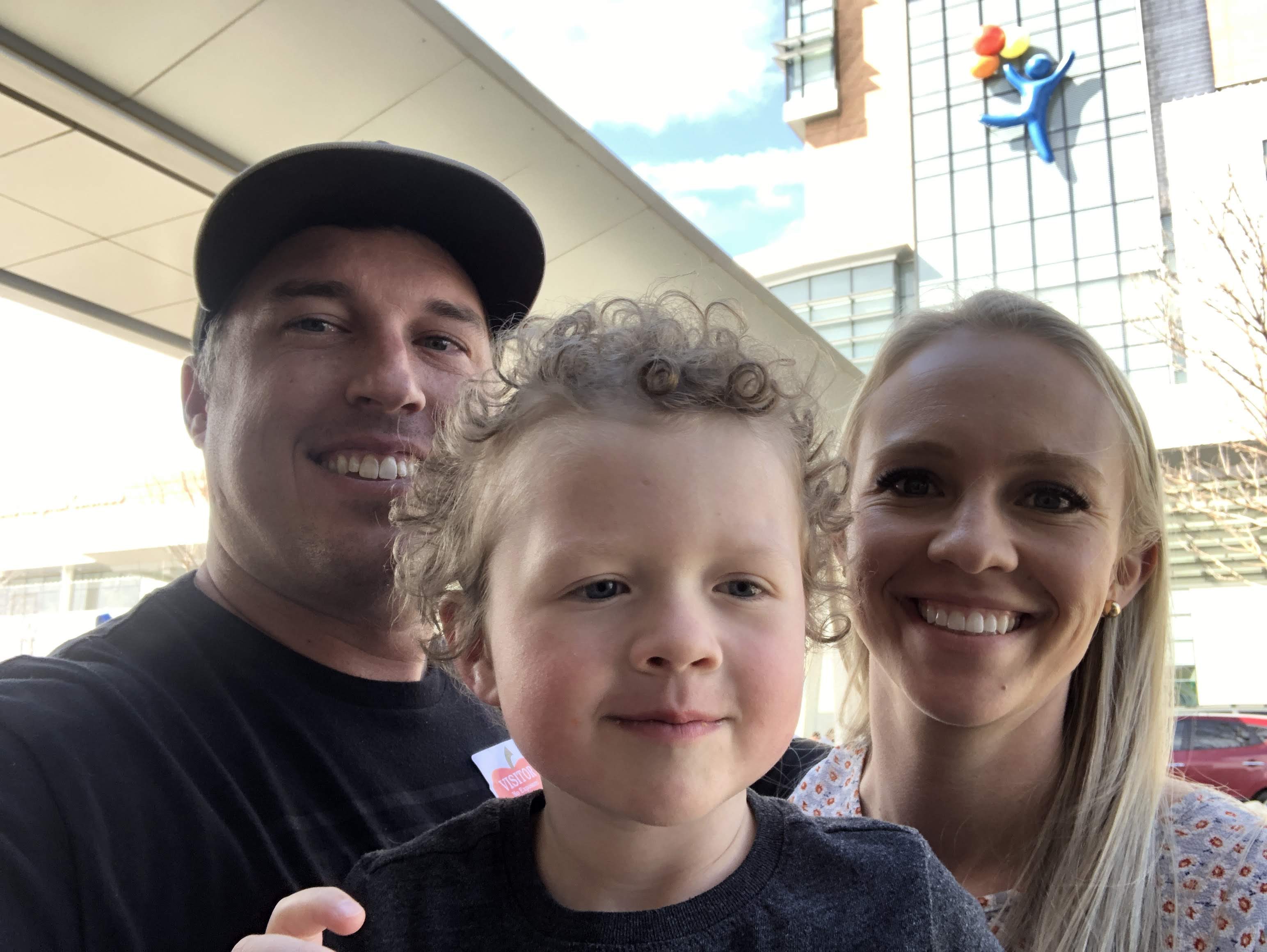 I have been reflecting back about where we were 3 years ago and I know a blog post is long overdue. May 25, 2016 was the day of his 12 hour brain surgery where they resected as much as they could of the larger tumor. I remember that morning so well. So much fear of the unknown. They didn’t know what kind of cancer it was at this point. They didn’t know what deficits he would incur because of surgery but the things they prepared us for were scary. I look at pictures of him in that wagon and I remember how much pain he was in and he wanted nothing to do with trying to learn to walk again. Thank goodness for Jeremy. He was the one who really pushed Mac to try. Jeremy’s so much better at that than me. I’d rather be the comforter 🙂 Those days we SO HARD. I can barely believe we made it through.

Mac turned 6 in March and he’s been fighting cancer well over half of his life. Leukemia (AML) from 8-13 months and brain cancer (diffuse midline glioma) from age 3-present. In January they recommended that we add another oral chemo to his daily regimen to target a different part of the tumor pathway. So right now he’s taking 3 pills a day. He’s worked so hard in physical, occupational and speech therapy. People see him out in public and have no idea all that he is facing and all that he has overcome. That is tough. There isn’t a 3 year plan for the type of tumor Mac has because people just don’t live that long. Sometimes it’s easier when it’s visible: Like when people can see it, you don’t feel like you’re carrying the burden alone.  If I could go back and tell myself all that would be in store for the next 3 years, I wouldn’t believe it. He did chemo through his port weekly, for almost a year and in some ways it seems like a distant memory. I guess it’s because we’re still in the thick of it and that time you can look back and reflect, has yet to come. I am in awe of the personal and family growth over the last 3 years. I’ve lived these years unsure if there would be a today with Mac. I think what’s brought me peace is accepting that I don’t know and I can’t control it. I see him changing lives and inspiring people without even knowing it. He’s 100% changed and shaped who I am. I used to pray for it all to go away but I don’t pray for that anymore. I realize now that this is Mac’s sacred journey. One that he is meant for and one that he can handle even on the worst of days. I see it shaping him and and our family into who we are meant to be. I pray to accept it and endure it well. I pray that I can love him and support him the best I can. I still hurt when he hurts and it’s painful. Just a few months ago I had a very tender moment with Mac and we cried together. He’s very strong and quiet about what he endures. But that night, he let it out and I just rocked him and held him as the tears rolled down our cheeks. I know I wouldn’t be who I am if this wasn’t our life. More than anything I have such a deep appreciation for Christ and his atonement. I know that Mac is never alone and not only is he not alone, the Savior has been to every single depth that Mac has and he’s right there with him. When your hear the word atonement, sometimes your mind goes straight to the mistakes we make. The atonement is so much more than that. It’s a miracle. The most beautiful and precious gift. He was willing to experience every single moment of your life so that he could succor his people. To comfort them. To teach them. To help them. That’s what I lean on. Some days are fun and easy and I am able to block out the heaviness and other days, even when everything looks ok to the world, Mac feels terrible and it’s from the poptart filled with chemo that I just gave him.

I know social media sometimes gets a bad rap but I am so so grateful for the ability to connect with Team Mac. The love you have for Mac builds us up so much. You really have no idea. Sometimes I see water bottles in pictures or I’ll see someone’s wristband at a glance and my heart bursts with appreciation. Thank you. Thank you so much for being here.

Last week Mac was feeling so crummy. The side effects of chemo seem to come in waves and when they flare, it’s rough. He’s achey and tired, he gets rashes and bumps, diarrhea, and mouth sores. All of that just wears him out and he’s not himself emotionally. On Wednesday I decided I better call because I just didn’t think he was going to be able to get out of the hole he was in. They told us to give him the weekend off both chemos so we’ve done that. I kind of thought that it was going to be this instant perk, which it wasn’t, but last night he had a lot of energy and said he felt “great”! He’ll start everything back up tomorrow. I’m dreading it. As always, he’s taking ibuprofen pretty much around the clock and they also have him on zyrtec to help with generalized inflammation from the chemo. I can’t believe he’s still doing the same chemo routine after all this time. I can’t imagine how many pop tarts I’ve used.

We love you all!

3 years strong Mac! I don’t know if these videos will work but they are great so I hope you can watch them!