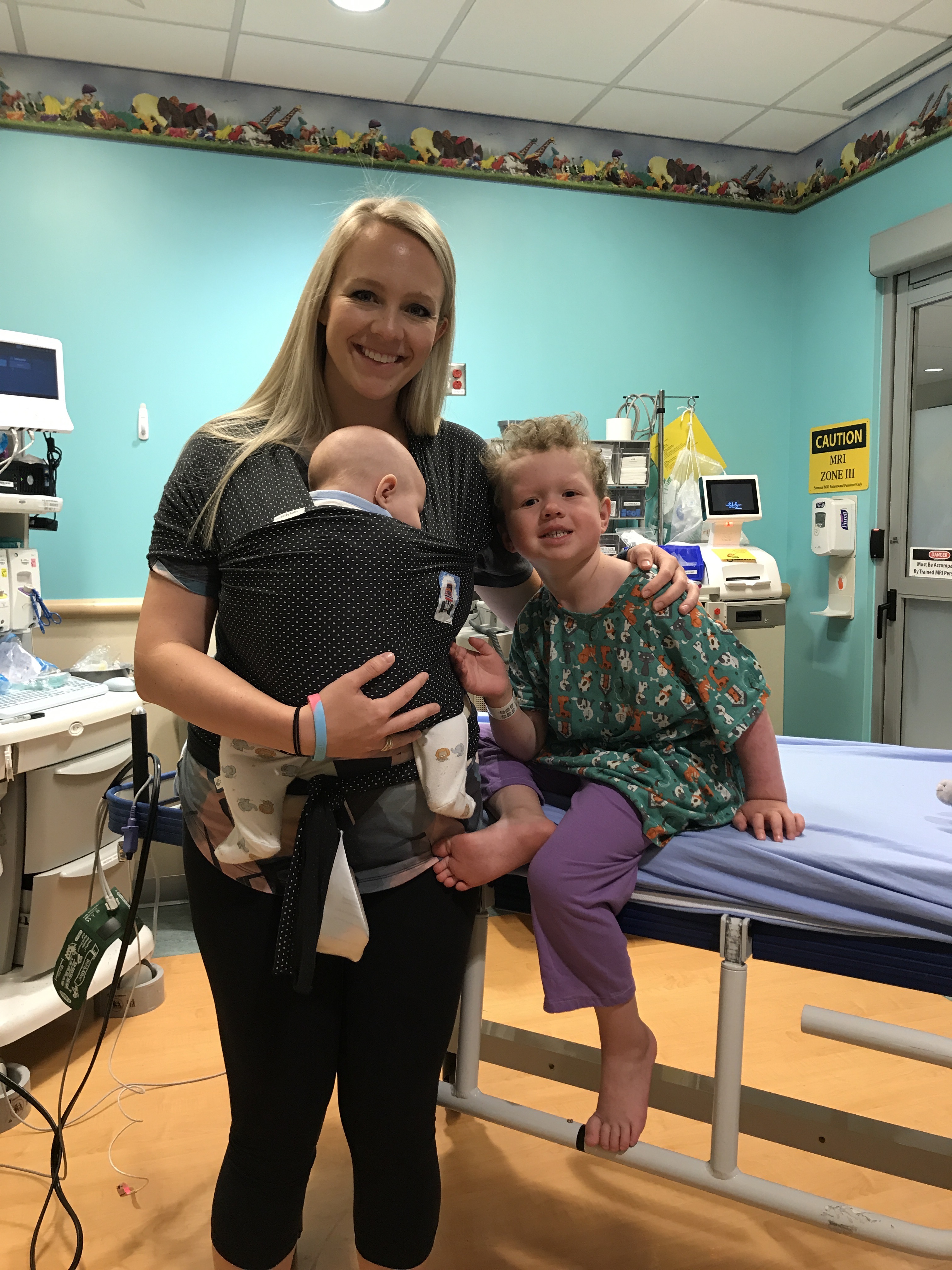 So for this MRI and eye appointment, we were just in CO 2 weeks before but couldn’t make it all work out with the timing, so we had me, Mac and Ty fly there. It was Ty’s first flight and I was sure nervous to be doing all of this without Jeremy. Poor Bo cried so hard at the airport but they kept each other good company while we were gone.

So Thursday we had an appointment with Dr Jung and Mac had his eyes dilated. She said that he has astigmatism and is slightly near-sighted. It’s been quite the journey with his eyes. Before the brain tumors, everything was great. Then the alignment got slightly off from the pressure of the tumors. Then after his surgeries they weren’t tracking together at all. He still favors his right eye but it could be a lot worse. She is going to hold off on glasses for now and check his vision again in 3 months.

The next day we were back to the hospital with a 6:15am check in for his MRI. The only positive to waking up in the 4 o’clock hour for the appointment is that Mac didn’t have to go hungry all morning. Whew. So the read on the MRI was no significant change. So that’s great! Those days are filled with so many emotions. They are so much better now that Mac doesn’t kick and scream as he goes under anesthesia. His tears used to roll starting with putting on the hospital gown. We used to give him versed to make him drowsy but it tasted disgusting and no water allowed after. Even being drowsy, it took 5 adults to hold him down while he screamed. I am so grateful for that child-life specialist that I talked to before one of his eye surgeries. She gave me some suggestions and I asked for all the materials that we now practice with. It’s made a world of difference. Now he puts on the hospital gear with no fuss and sits on the table watching his iPad while I sign consent. I let him buy a new beanie boo beforehand and we start by putting his “baby” under first. This time it was Dixie, a lamb and Zuri, a monkey 🙂 Then Mac lays down and does his breathing in the mask. You can tell that it’s takes a lot to be brave but he does it. His body spazzes and that is weird to watch. Then when he’s out,  I kiss him on the cheek and they walk us out. This time I had Ty wrapped in the solly and my dad with me. The doctors told me how impressed they were and said he should come teach the other kids. 🙂  I explained that it’s taken A LOT of times going under anesthesia to get to this point. He’s been doing this since he was 8 months old when he had leukemia. Every month he would go under to get chemo in his spinal fluid and get a bone marrow aspirate. Plus all of his many surgeries. He doesn’t have a port right now so they have to put the IV in once he’s under. Then we go wait and try to stay calm. Luckily I’m usually hungry because I don’t eat or drink in front of Mac on those mornings because Mac is fasting. So we went to the cafeteria and had breakfast. After about an hour, the pager went off and we went back to see Mac in the PACU. The nurses there are always so sweet. They feed him juice or a slushy and offer him crackers which he loves. Mac always wakes up happy (unless he’s had surgery) so the nurses love him. Then we get him a wagon and they cover him in warm blankets and we head up to the 7th floor- that’s the oncology floor. This time we were waiting in our room to see our team and Mac had to go to the bathroom. I said, just pee in your pull-up and he said no! So with Ty still in the wrap, I got him out of the wagon and quickly realized he was way more out of it from the anesthesia than we thought. His legs were giving out under him so I held him up and we walked to the bathroom. When we were in there he started saying the funniest stuff. It was like those YouTube videos of people after having anesthesia. First he looked at me and said, “you snapper! you snapper”?! Then he started quoting from his online preschool saying, “I like words” “I love to read words, not eat words” then he dramatically said, “oh it’s stinky! it’s stinky cheese!” haha I was laughing so hard that I was crying.

We didn’t get to see Dr Green because he had to go out of town but we got to see his nurse Melissa and NP Molly. They loved meeting Ty and even took him to the workroom to “write prescriptions” 🙂 haha We have such a long history and deep connection with Children’s and a big part of that is seeing these people love my kids. They are family. I talked to them about all of Mac’s heightened side effects as of late. Their conclusion is that there is a lot of inflammation going on all throughout his body. They said to continue the ibuprofen that he takes daily, and they gave him a steroid cream for him arms and legs as well as an antihistamine to see if that helps. His bumps look really awful. They are pretty wide-spread. Those won’t get better as they are a result of the chemo, not inflammation. We sit and talk about side effects but see to them, these side effects aren’t their every day living. I don’t see this journey from their professional oncology background, I see it from a mother’s perspective. I am the person Mac spends the most time with. Even more than Bo. (because Bo takes a nap) 🙂 I see the everyday living with this brain cancer. They know that it causes sun sensitivity but we are the ones hanging blankets in the car, finding hats, applying daily sunscreen just to walk into the grocery store because if I don’t, he’s fried and I feel so bad. He knows he can’t go jump on the trampoline until 8pm when the sun goes down. He tells Bo, “I have to go inside so the sun doesn’t get me”. They aren’t there every single night that he comes into my room wide awake. Every night Jeremy ends up in Mac’s room because he is so restless and can’t sleep. They aren’t brushing his teeth every day watching his gums bleed. Only Jeremy and I are doing that. As a dental hygienist, I have also noticed that Mac’s mouth is being affected by chewing his chemo. Mac accumulates plaque differently, he has little sores that come and go, his breath doesn’t smell right and I know it’s from chewing his pill. The bottle clearly says not to crush or chew the pill but this kid started taking this when he was 3 and it is a large pill. Heck, I couldn’t swallow pills until I was like 13.  When I brought this up to them, they were dumbfounded. I asked if they had other patients that had to chew the chemo and they said, “we pretend we don’t hear that”. That comment left me dumbfounded. It goes to show you just how few little kiddos are taking this drug. We can talk about side effects but there just isn’t much they can do for him. I go into these appointments hoping for concrete answers and they just don’t exist. From my perspective there’s a lot more to it than the scans.

This time I went ahead and asked, “Is there ever going to be a scan where you say, it’s clear!”. The answer was, no, not really. Mac’s tumor has 2 specific mutations, one that has this targeted therapy that we are using, and the other one, people unfortunately don’t live from. I asked about Mac getting off of chemotherapy and she said that some people with the bad mutation can handle a month break, maybe even a year but then it grows and they need to get back on it. They don’t know what the optimum schedule for this chemotherapy is. With AML (the leukemia he had), they knew what chemotherapy to give at what times and for very specific amounts of time. They don’t even know if this is a situation where giving him a break from the chemo would make it more effective, or if it would cause resistance and therefore growth. That’s a pretty big deal. I haven’t been able to bring myself to ask some of the really tough questions mostly because I don’t want to hear the answer. It’s a helpless feeling. There is no 5 year plan. There is no, these are the long-term side effects. It brings up so many questions about the future that they will never be able to answer. My relief in a good scan gets quickly overshadowed. I don’t want him to live for the next 3 months, I want him for a long long time. I wish these appointments brought peace but instead they bring to the surface the seriousness of this reality and it leaves me brokenhearted.

Lately I’ve been struggling with just the day to day. His life and time is so precious that I think without meaning to, I’ve put a lot of pressure on myself. I just want to make the best out of every day and if you’re a mom, especially of many littles, you know that life’s kinda crazy! I feel so bad when Mac and Bo fight because I just want them to enjoy each other. It’s really difficult to explain. Kind of like those hypothetical questions like would you want to be able to look into the future or know how long you will live? I feel like I live in a weird limbo where I don’t have any answers to those questions but I have this constant heightened awareness that makes every day living difficult. I feel guilty if I’m not seizing every minute and it is emotionally exhausting. Then I get sad about it and cry about thinking about losing Mac, then realize I don’t want to spend my time being sad or worried. It’s a weird cycle that’s no good to get in.

I know that all of these unknowns are teaching me patience and perseverance. Thank you for being here and letting me share my honest feelings with you. I can’t tell you how much I appreciate all of your prayers for Mac. I think this will be a life-long journey and knowing that people think about and pray for Mac brings me a lot of peace. 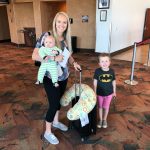 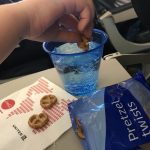 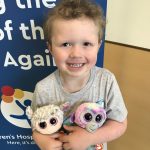 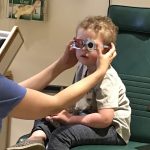 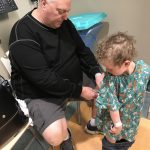 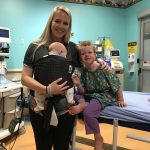 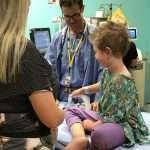 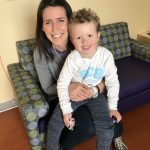 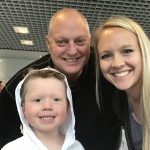