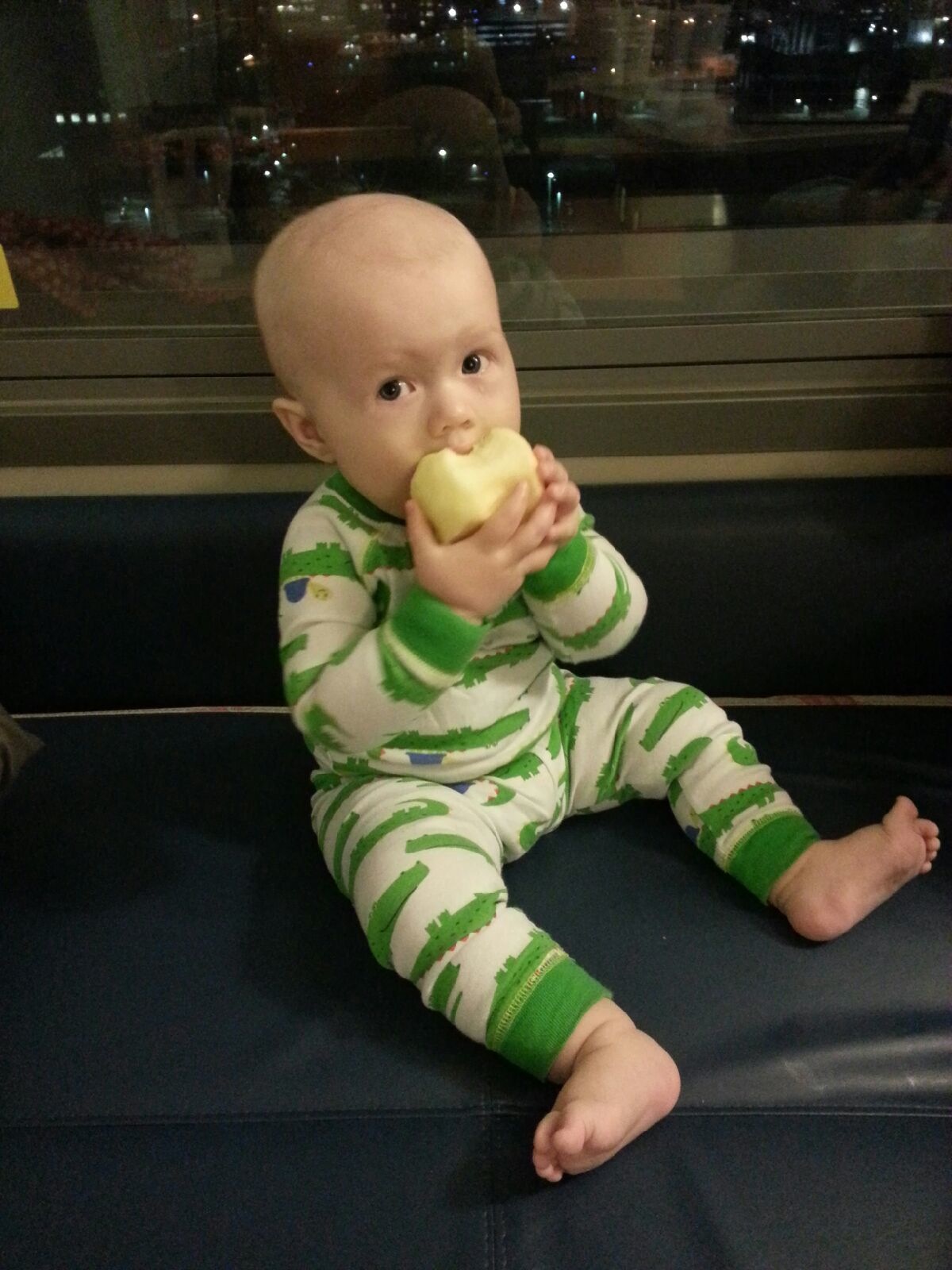 So every night they draw his labs and in the morning we get a print out that tells us his ANC, platelets, hemoglobin, and lots of other stuff. Every morning for the past 3-4 days, we wake up hoping that paper says his ANC is over 100 but no such luck. The doctor says that it could be any day. Today he was at 20 but all his other numbers are trending up so that’s great.

They took us off isolation on Monday which was awesome! He loves going out to see his “friends”, the nurses. All of the tests came back negative for any viruses or bacteria. So… they decided to turn to my diet. I am doing no dairy and no soy. Boo. It’s really difficult with no kitchen and eating out for every meal. Diets weren’t meant for me! I tend to think I might starve. I try to remind myself that its for lovie. But that’s the thing, they are having me try this because they don’t know what it could be. Actually, before I started the diet I think things were improving. Now they say that it will be 7-10 days before we would notice a change coming from my diet. We’ll see. If anyone wants to tell me what to have, especially for breakfast, that would be great! 🙂 Nurse Rebecca was so sweet and made me breakfast this morning and brought it with her to work! I couldn’t’ believe it!

They changed Mac to a “toddler diet” so now I can order him up actual food and not just jars of baby food. He doesn’t really eat much, but he gets messy and it entertains him! At least he can try different flavors! His favorite are Oreos. Yikes!

Mac’s new tricks: If you ask where eyes, belly, or toes are, he can find them! He also does, “go crazy” where he puts his hands up and shakes his head! I love that one. He loves watching Doc McStuffins with his nurse Rebecca. They dance and go crazy. He also loves the Bee movie and Mickey Mouse Clubhouse! When we go on wagon rides I have to be careful because Mac will just stand up as we are riding along. It looks like he’s surfing! He likes to copy “laughing” and that is pretty cute too. We also put headphones on him with music playing and he started jammin’!

The other day I was downstairs coming upstairs and I saw a dad holding his probably 4 year old son. They were all bundled up and the dad was clutching his son as they swayed back and forth. My eyes were already filling with tears as I walked by and then he closed his eyes and gave his son a kiss on the head. I could feel his love for his son. I imagine that this “Children’s hospital” is filled with a lot of concerned, loving parents. Its crazy how much we love our babes. I do feel like this is a great place to be.

Flashes of Hope was fun. We won’t get to see the pictures for 4-6 weeks. Mac wasn’t super cheery but I am hoping we got a few good ones! I can’t wait to share them with all of you!